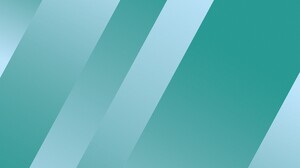 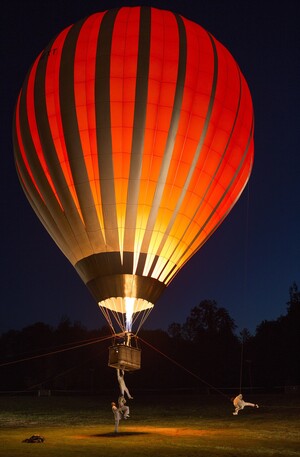 The transport company from the district of Recklinghausen will extend its offer to this event, so that transport to the venue Stadion Hohenhorst (to and from Recklinghausen central station) will be possible on the evening of 11th june 2022. Our cooperation with Vestische Straßenbahnen GmbH also allows free travel with public transport. The tickets (paper and online) are valid on the day of the event.

Cirque Inextremiste’s name says it all: The French company, directed by Yann Ecauvre, surprises with extreme, spectacular shows. They are always a little crazy and full to the brim with rough charm. Their spectacular show "Exit" was supposed to thrill Ruhrfestspiele audiences as early as 2020, and now it finally arrives in Recklinghausen. The company will present a completely new, revised version at Stadium Hohenhorst.

With "Exit", the adventurous Frenchmen rise higher than ever: the breathtaking acrobatics take place in, on, and around the basket of a hot air balloon. The show immerses audiences in a cinematic universe full of suspense and slapstick: Patients of an ancient asylum break out and dare a spectacular escape attempt with the help of a hot air balloon. The flee from authority and strict rules. The laws of gravity do not seem to apply to these artists either. At dizzying heights, they perform gymnastics in and on the balloon that are reminiscent of legendary stunt scenes from the days of silent film. Clownish, spectacular and totally crazy, Cirque Inextremiste crosses the boundaries of circus and theater and plays a breathtaking game with the fears of the audience. A furious finale for the Ruhrfestspiele 2022, celebrated at Stadium Hohenhorst.

"Exit" is an outdoor event, therefore masks are not required at the Stadium Hohenhorst. Nevertheless, we recommend wearing a medical mouth-nose protection and keeping your distance.