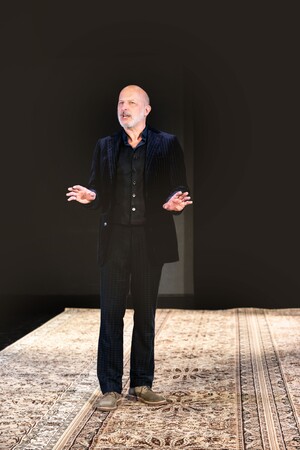 Based on the novel by Éric Vuillard

February 20, 1933: twenty-four leading representatives of German industry gather in Berlin for a secret meeting with Adolf Hitler and Hermann Göring. Notable companies like BASF, Siemens, and Allianz come together to pay their respects to the new Reich Chancellor – and to turn a profit from this meeting. Among them are: Gustav Krupp, Ernst Tengelmann, Wilhelm von Opel, Hjalmar Schacht, Günther Quandt, and Friedrich Flick, just to name a few. Everything is decided after 30 minutes. The powerful German industry backs Hitler, financing the upcoming NSDAP election campaign. Éric Vuillard's 2017 novel "The Agenda," for which he won the Prix Goncourt, France's most prestigious literary prize, begins with this marriage of industry and politics. Vuillard seeks out moments of German history that seem familiar and makes us rethink them. He gives us a glimpse into the back rooms of German history from 1933 to 1938, dissects the mechanisms of the rise of National Socialism, and traces the signs of the coming war. It transpires that our understanding of history is based on propaganda images. In the backrooms of power, history is written with frightening casualness - then and now. Director Oliver Meyer and actor Lukas Holzhausen make the novel accessible on stage as a captivating dramatic monologue.

Based on the novel by Albert Camus