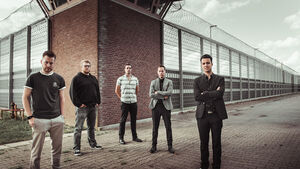 Over the past years, The Bluesanovas has become a real insider tip for anyone who enjoys a great live show. Founded in 2015, this blues’n’boogie band performed to great acclaim at Hildesheimer Bluesfestvial and at Blue Wave Festival Rügen. They have since become a force to be reckoned with in their genre, winning the prestigious German Blues Challenge in 2019. At Ruhrfestspiele, they will present old favourites as well as songs from their second album “Emergency Call for the Blues.” Expect blues at its best.