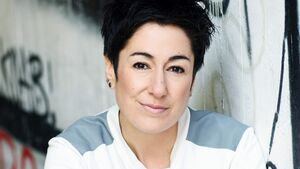 Dunja Hayali is best known as news anchor and political talk show host at the ZDF. She won the “Journalist of the Year” Award by Medium Magazine in 2017 and was awarded the Order of Merit of the Federal Republic of Germany for her tireless commitment against racism.

The Westphalian-born journalist with Christian Iraqi parents will present her new book Haymatland at the festival. In her writing Hayali ponders the issues of home, belonging and crisis. She asks necessary questions in an era of resurging populism: what happens to Germany if right-wing movements abuse the concept of home as a tool for exclusion? How do we maintain liberal humanist values in the face of nationalist hatred? Dunja Hayali not only reads from her new book, she will also discuss her writing with artistic director Olaf Kröck.